“Wearing a piece of heirloom jewelry feels special.  This locket connects me to my roots and reminds me of life’s most important things.  It’s exciting to imagine my own daughter wearing it a few decades from now.”

Betsy was excited to have one of her favorite family jewelry pieces deep cleaned and updated for a burst of new life. 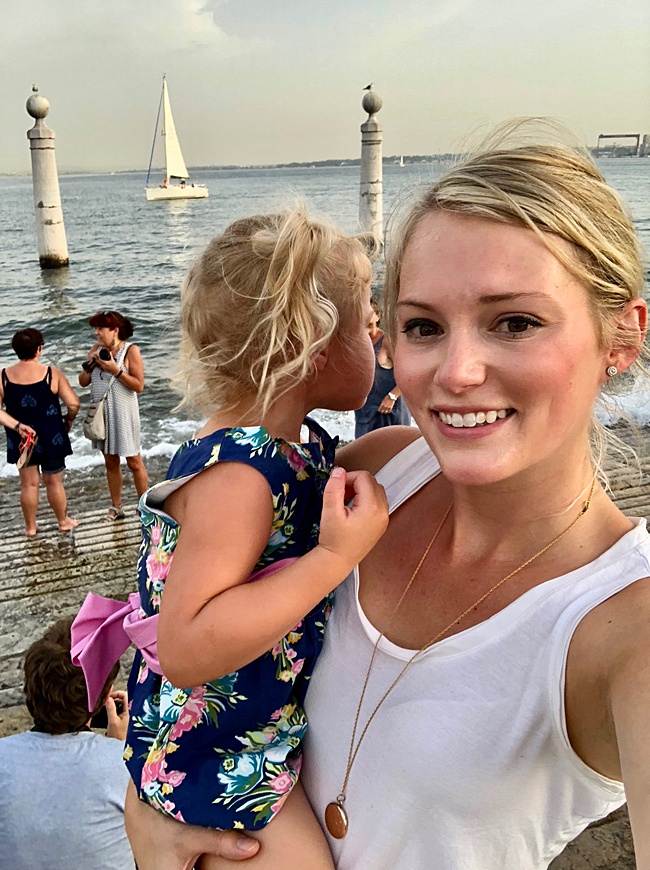 Betsy’s locket was passed down to her recently by her mother from that side of her family.  The locket first belonged to her great grandmother Mildred.

On the outside, the gold heirloom locket has Grandma Mildred’s maiden monogram engraved in a beautiful script: MHJ (for Mildred Hadley Jones).

This heirloom locket spares no detail!  The reverse side carries a lovely and intricate floral engraving.

It’s what I like to call “A second locket look.” 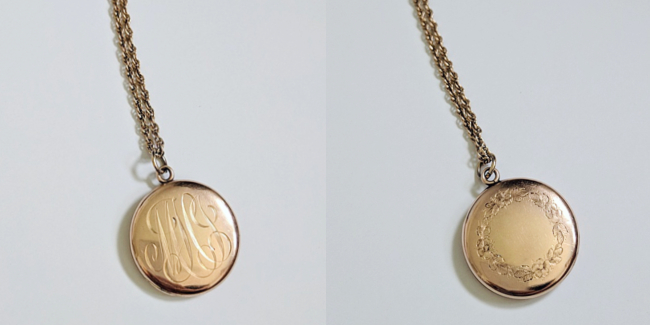 But, like all good things, it’s what’s inside this heirloom locket that matters most.  Open it up and you’ll find two old photographs.  And the sepia tones give us all the nostalgic feels!

One photo is of Grandma Mildred’s husband, Betsy’s great grandfather Edward Tucker.  While he is pictured in his WWI Army uniform, I was excited to learn that he was also a fellow artist!  After his military service, he and Mildred moved to Washington DC where he worked as an illustrator for the Department of Agriculture.  He also did some freelance commercial poster art on the side. 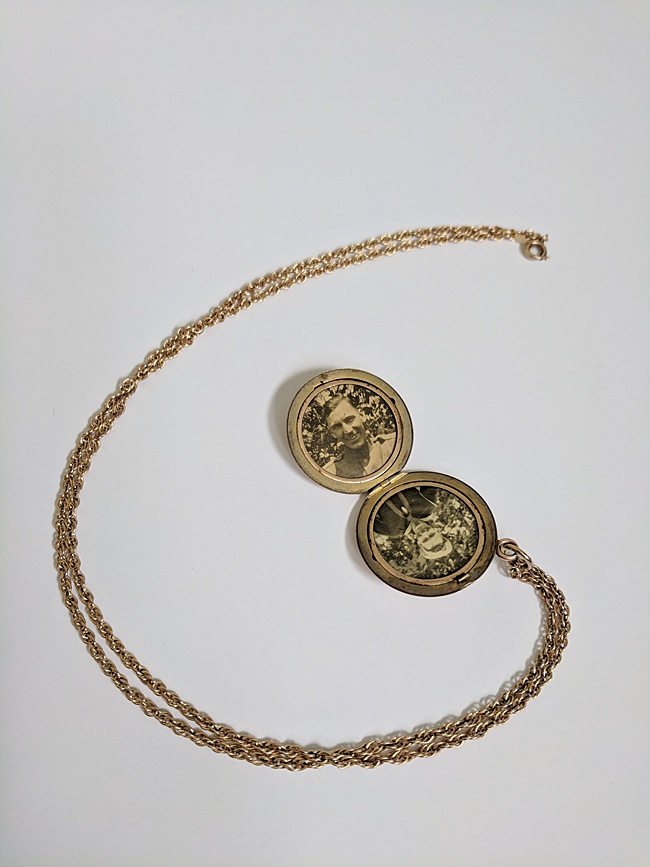 The second photo is of Betsy’s grandfather, Kenneth Tucker in his WWII Coast Guard uniform.  Grandpa Tuck lived with Betsy and her family from the time she was ten years old until he passed away 13 years later.

“It was an amazing addition to my childhood to have my Grandpa right next door in an in-laws suite.  There were lots of trips to the snowball stand in his pickup truck and sneaking treats and certain TV shows.  Lots of monopoly games.  It really is one of my most treasured childhood things.  So, being able to carry his memory with me by wearing this heirloom locket is a true gift.”

Originally, the locket was on a shorter, thicker chain.  It fit the piece well, but Betsy wanted something a little updated. 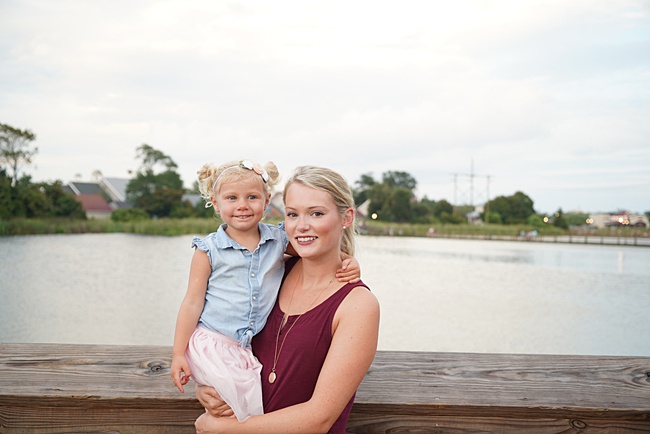 “Ali had this piece ready for me just before we jet-setted off to Portugal, Spain, and Myrtle Beach.  It is exactly what I had dreamed of.  So easy to dress up or down and a great conversation started.  I loved carrying a piece of my family history with me as we’re creating our new family memories.  I think everyone should treasure, preserve and create family heirlooms!” 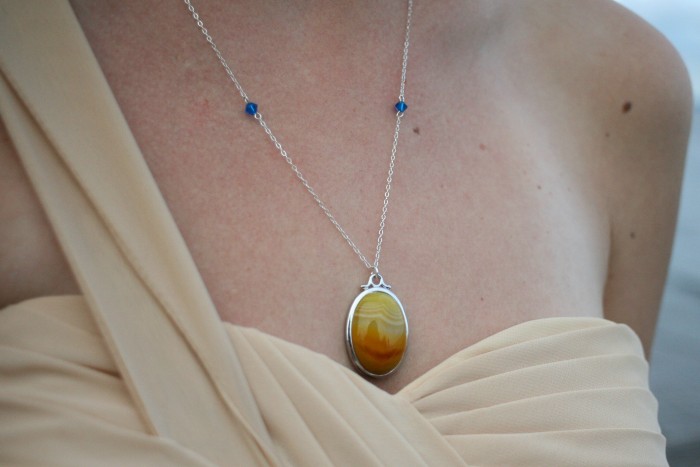